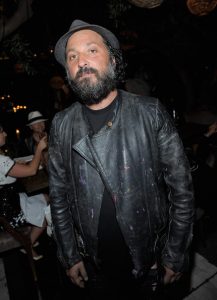 Thierry Guetta, also known as Mr. Brainwash, if a French born graffitti artist. Living and working in LA, he has combined street art with pop art to create larger-than-life exhibitions and collaborations. A pivotal moment in his career was his feature in the widely-acclaimed documentary, Exit Through the Gift Shop. This Academy-nominated was important because it demonstrated the evolution of street art. Mr Brainwash, alongside Banksy, work to bring urban art to the masses.

Mr. Brainwash rocked the art world with his innovative and fearless style.  He uses elements from pop art, using iconic characters such as Mickey Mouse or Charlie Chaplin against a back drop of colour. For much his career he has collaborated with world-renowned brands such as Coachella, Mercedes-Benz and Marvel Comics. His most well-known campaign, however, was collaborating with Coca-cola in 2015. When he completed a billboard for Times Square in celebration of their 100th anniversary. Combining art with the world of film, music, and sports, Mr. Brainwash has designed album covers for Madonna, Rick Ross, and KYGO. He not only has worked with global brands, but is also widely collected by several celebrities. Celebrities such as the Kardashian sisters, Madonna, Johnny Depp and Lindsay Lohan are all thought to have bought work.

After appearing in Exit Through the Gift Shop, many believe that Brainwash is an elaborate prank staged by Banksy. Since the film, critics have said that his works mimic the styles and concepts of Banksy. However, Banksy insists on his official website, that the documentary is authentic and that Brainwash is not part of a prank.

His work sold for five-figure sums at his self-financed debut exhibit Life Is Beautiful. Believed to be the case due to a mixture of hype surrounding urban art, and his endorsements from Banksy and Fairey. Mr. Brainwash still lives and works in LA, and as he continues his art journey, “Time will Tell.”