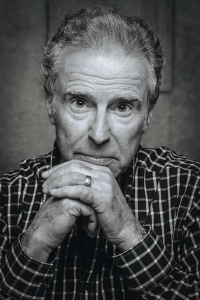 Gered Mankowitz was born in London, England, on 3rd August 1946.  The first of four sons of the late author, playwright and film writer Wolf Mankowitz and his wife, the Jungian psychotherapist Ann Mankowitz.

After an education of sorts at several London co-educational “progressive” schools, he left at 15, avoiding all exams and completed his education devoid of any formal qualifications. Having displayed a natural ‘eye’ for photography whilst on a school trip to Holland and having been inspired to take up photography by the actor Peter Sellers, his photographs were seen by the legendary photographer Tom Blau, who offered Gered an apprenticeship at his famous photo agency, Camera Press Ltd., in London.  Over a period of several months Gered worked in all the various departments that made up Camera Press, finally moving to the studio and going on various assignments in and around London.

In early 1965 after being approached to photograph Marianne Faithful, Mankowitz was asked also to photograph the Rolling Stones by hers and their manager, Andrew Loog Oldham. The success of the first shoot resulted in a single and an album cover, thus Mankowitz became their ‘official’ photographer, following them on tour, at home and in the studio, until they split from their manager in 1967; however, Gered continued working with Oldham at his Immediate label, photographing many major artists as Jimi Hendrix, The Eurythmics, Free, Slade, Gary Glitter, Traffic, ABC, Duran Duran, Sweet, Elton John, Small Faces and many more. Throughout the seventies, Mankowitz also worked in advertising, book covers and movie stills, including the set of ‘Boom’ with Elizabeth Taylor and Richard Burton.

Since 1982 he has been working on books and exhibitions as well as producing small editions of large Lenticular prints, generating and supporting the global interest in the Gered Mankowitz archive. He has recently moved his home and studio to Cornwall.